Share a memory
Obituary & Services
Tribute Wall
Read more about the life story of Eliot and share your memory.

Eliot N. Potter, 48 of Bethlehem, NH, formerly of West Hartford, CT, left this world unexpectedly on Friday, November 4, 2022 at The Littleton Regional Hospital. Eliot was born in North Hampton, MA on November 3, 1974.  He was raised by his loving parents,  Paul and Mary King. Eliot was very fortunate to have experienced an amazing childhood. He attended Braeburn Elementary School in West Hartford where he met his life long friend, Glen Monighetti, whose family lovingly became Eliot’s second family. So many wonderful memories were made together throughout their lives. During childhood, Eliot enjoyed expressing himself through music and did so while playing the drums. As a talented musician, he learned the skills over the years to take drumming to the next level. After elementary school, Eliot attended King Philip Junior High School and then, Watkinson School where he was taught the techniques and skills to develop his artistic drawing abilities. Eliot also participated in athletic activities including hockey, baseball and skiing. He especially enjoyed boating with his family and was an avid deep sea fisherman. He could also be found fishing at his grandparent’s cottage at Lake Hayward where so many other family memories were made. Eliot graduated from Hall High School in 1992.  Following graduation, Eliot attended Johnson and Wales University where he learned the craft of culinary arts. Soon after, Eliot married his high school friend, Beth Mill, the mother of his first born child, Amanda.  Eliot enjoyed traveling and had vacationed to California, Florida, Hawaii, Jamaica, and Israeli, among many other destinations.

Eliot Potter was employed as a salesperson for 10 years at Elisha Penniman Inc, in West Hartford. After moving from CT to NH, with his partner, Melissa Carney, they raised their two beautiful daughters, Samantha and Brooklyn in the town of Bethlehem.  They enjoyed spending family time together and they will treasure and be filled with a life-time of special memories. Eliot would often say that his proudest accomplishments and greatest love was for his three children.  Eliot was employed as a chef at the White Mountain School and then went on working at many local restaurants including The Mount Washington Hotel and later, The Franconia Inn.  Eliot’s culinary talents were very well known in the local restaurant community.  He will always be remembered for his quick wit and great sense of humor.  He possessed the ability to make people laugh and smile. Eliot’s friendliness and kindness extended to all that he encountered.  Eliot is predeceased by his father, Paul H. King, grandparents, Henry and Florence King; George and Virginia Manning; his Meme Renee Murphy and her daughter, Vivian Murphy Potter.

Eliot Potter is survived by his  partner/wife of 20 years, Melissa Carney, and his children, Amanda, Samantha and Brooklyn.  He also leaves behind his mother, Mary King-Landrigan, and her husband, William of West Hartford, his sister, Kara Landrigan and his brother, Paul King, of Waltham, MA.  Eliot also has several cousins, aunts and uncles, as well as an abundance of friends and other special family members, including Jeff and Sue Potter. We will all dearly miss Eliot, more than words can say..

It was Eliot’s wish that any memorial tributes be made in the form of charitable donations to The American Cancer Society, https://donate3.cancer.org A date and time for the celebration of Eliot Potter’s life will be announced by his family at a later date.

To send flowers to the family or plant a tree in memory of Eliot N. Potter, please visit our floral store. 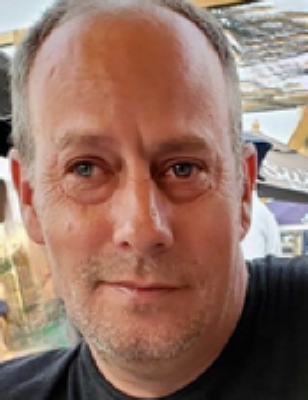 
Family and friends are coming together online to create a special keepsake. Every memory left on the online obituary will be automatically included in the book.

You can still show your support by sending flowers directly to the family, or by planting a memorial tree in the memory of Eliot N. Potter
SHARE OBITUARY
© 2022 Ross Funeral Home. All Rights Reserved. Funeral Home website by CFS & TA | Terms of Use | Privacy Policy | Accessibility